I've had a great reading year and it's only half over. I've already read 68 books. Of the 68, twelve were five star reads and thirty-eight were four star reads.

Here are eleven memorable, mostly-new-ish books from my reading this year (so far) that you may have missed:

Three novels:
The Promise by Ann Weisgarber
Dept. of Speculations by Jenny Offill
The Rosie Effect by Graeme Simsion

Four nonfiction books:
Between You & Me: Confessions of a Comma Queen by Mary Norris
The Real Doctor Will See You Shortly: A Physician's First Year by Matt McCarthy
Dead Wake: The Last Crossing of the Lusitania by Erik Larson
Being Mortal: Medicine and What Matters in the End by Atul Gawande 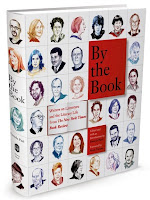 Four book-ish nonfiction books:
By the Book: Writers on Literature and the Literary Life
How to Be a Heroine or What I've Learned from Reading Too Much by Samantha Ellis
My Life in Middlemarch by Rebecca Mead
Letters of Note: An Eclectic Collection of Correspondence Deserving of a Wider Audience

One not-very-new-ish novel (but a fantastic read):
True Grit by Charles Portis