My Favorite Books with Character Names In the Titles 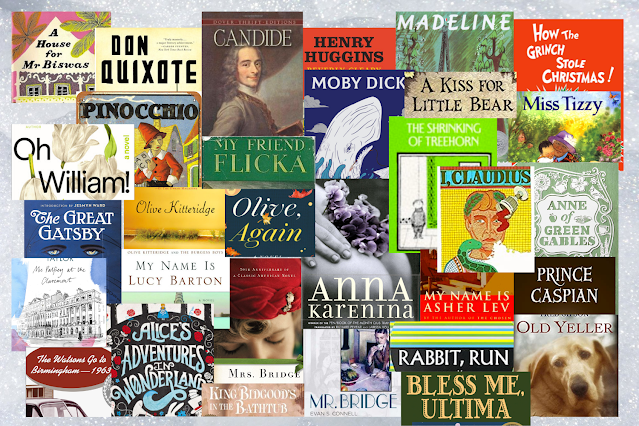 It turns out that I have a lot of favorite books with character names in the titles...

My Name is Lucy Barton by Elizabeth Strout

A House for Mr. Biswas by V. S. Naipaul

How the Grinch Stole Christmas by Dr. Seuss

Mrs. Palfrey at the Claremont by Elizabeth Taylor

Alice in Wonderland by Lewis Carroll

My Friend Flicka by Mary O'Hara

The Adventures of Treehorn by Florence Parry Heide

Miss Pettigrew Lives for a Day by Winifred Watson

The Watsons Go to Birmingham by Christopher Paul Curtis

My Name is Asher Lev by Chaim Potok

I, Claudius by Robert Graves

Bless Me, Ultima by Rudolfo Anaya

King Bidgood's in the Bathtub by Audrey Wood

A Kiss for Little Bear by Else Minarik

Dreyer's English: An Utterly Correct Guide to Clarity and Style by Benjamin Dreyer

Rhoda: A Life in Stories by Ellen Gilchrist

Joan is Okay by Weike Wang