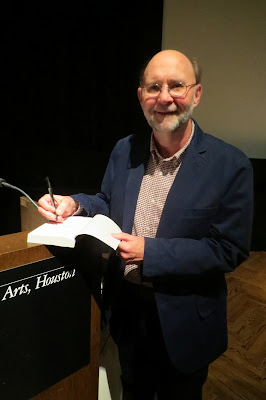 I've been lots of times to Inprint's Margarett Root Brown Reading Series, but I had no idea until last year that the Museum of Fine Arts occasionally hosts authors. A book friend and I learned that Stephen Harrigan, author of the 2014 Gulf Coast Reads book, Remember Ben Clayton, would be speaking at MFA in Houston last October and we made plans to attend. 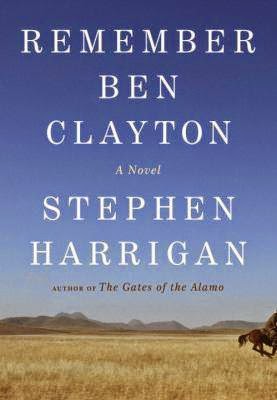 It's quite a book. Remember Ben Clayton is the story of a sculptor who is commissioned to make a statue of a young man killed in WWI. The story is based, in part, on the true story of Pompeo Coppini, an Italian sculptor who did lots of statues in Texas. 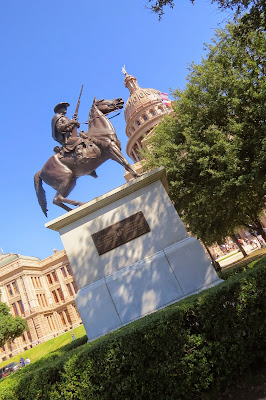 This could be a statue sculpted by Pompeo Coppini.
Photo taken at the Texas Book Festival in Austin in October of 2014.

It took about three years for Harrigan to write the book, he tells us. He spends much time researching his subject and then finally starts to write. The writing process is hard, he says: sitting at a computer and trying not to play Candy Crush.

What makes him write about Texas? "I have a need," he says, "to get under the hood of the place where I live."

Gulf Coast Reads is "an annual regional reading initiative focusing on the simultaneous reading or listening to a selected title by those living on the upper Texas Gulf Coast." The 2015 book is The Promise by Houston author Ann Weisgarber. Hope I get to hear Weisgarber talk about her book during the 2015 Gulf Coast Reads event.
Posted by Deb Nance at Readerbuzz at 5:00 AM 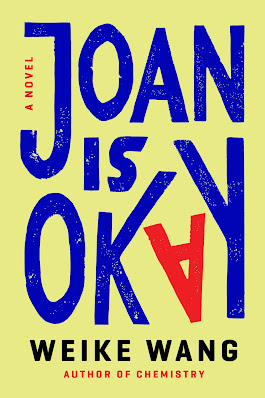