Who says all libraries must be housed in an enormous building?

Maybe we shouldn't wait for people to come to libraries,
but bring libraries to people!

This library in Bogota, Colombia is found in a city park.
It is part of the Paraderos Paralibros Paraparques (PPP),
a project begun more than ten years ago to promote literacy.

To celebrate the anniversary of their most popular bookshelf,
IKEA installed a one-day library on the beach in Sydney, Australia. 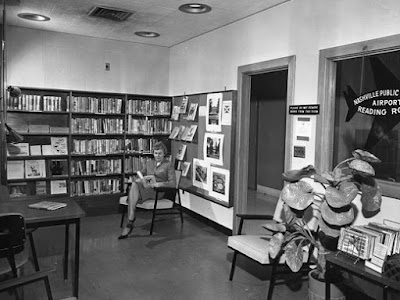 Nashville, Tennessee opened up
the world's first library in an airport
in 1962. 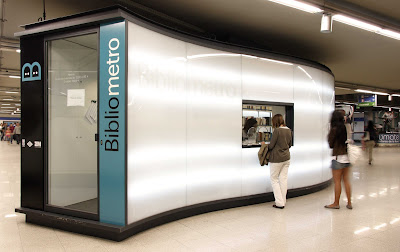 In Madrid, Bibliometro has created libraries in the subways. 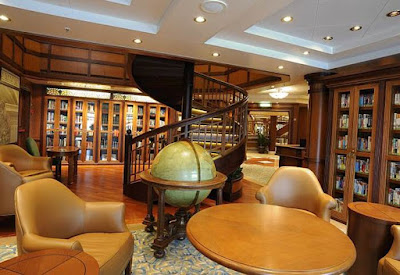 Looks like lots of people enjoy libraries
aboard cruise ships.

Here's the 100 Story House,
described as "an interactive art project,"
a tiny lending library in Brooklyn. 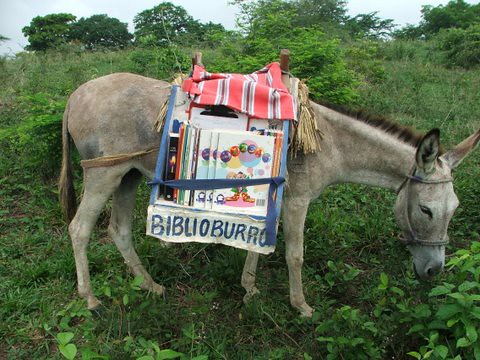 And
most interesting of all is
the Biblioburro,
a mobile library in Colombia. 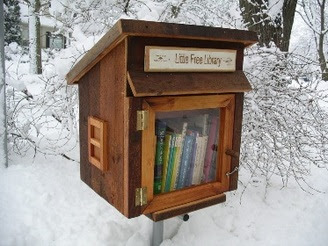 So, of course, I had to get in on the idea of a little library.
I don't know where I first heard of the Little Free Libraries,
but ever since our Houston Chronicle featured them in a story,
people have been handing me the article and telling me
it is something I should do.

Yesterday, with the help of mi marvilloso esposo,
we started work on my very own
Little Free Library. 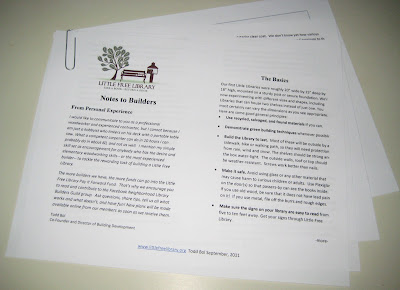 I printed out the plans. 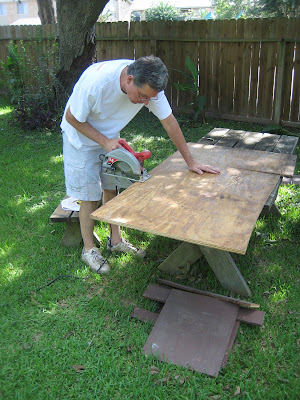 My husband started cutting out the pieces.

We still have more to do
until I can place this Little Free Library on a post
in front of my house,
but at least we've made a start! BTW, a great book for children about all the different
sorts of libraries there are in the world is this one,
My Librarian is a Camel. 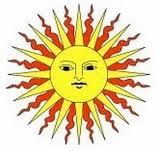 What is the Sunday Salon? Imagine some university library's vast reading room. It's filled with people--students and faculty and strangers who've wandered in. They're seated at great oaken desks, books piled all around them,and they're all feverishly reading and jotting notes in their leather-bound journals as they go.
Later they'll mill around the open dictionaries and compare their thoughts on the afternoon's literary intake....

That's what happens at the Sunday Salon, except it's all virtual. Every Sunday the bloggers participating in that week's Salon get together--at their separate desks, in their own particular time zones--and read. And blog about their reading. And comment on one another's blogs. Think of it as an informal, weekly, mini read-a-thon, an excuse to put aside one's earthly responsibilities and fall into a good book. Click here to join the Salon.