Books Set In Another Country

I've been working on the Around the World in 80 Books Challenge for almost a decade. I've been trying to read books set in as many different countries around the world as possible. So far, here are the books I've read set in different countries. I hope to one day read a book from every country in the world.


Africa (18)
The Good Husband of Zebra Drive by Alexander McCall Smith (Botswana)
Mango Elephants in the Sun by Susana Herrera (Cameroon)
Angry Wind by Jeffrey Tayler (Chad)
A Bend in the River by V. S. Naipaul (Democratic Republic of Congo)
The Yacoubian Building by Alaa Al Aswany (Egypt)
The Beautiful Things that Heaven Bears by Dinaw Mengestu (Ethiopia)
Boundless Grace by Mary Hoffman (The Gambia)
Homegoing by Yaa Gyasi (Ghana)
The Camel Bookmobile by Masha Hamilton (Kenya)
The Boy Who Harnessed the Wind by William Kamkwamba (Malawi)
Glory in a Camel’s Eye by Jeffrey Tayler (Morocco)
Half of a Yellow Sun by Chimamanda Ngozi Adichie (Nigeria)
The Poisonwood Bible by Barbara Kingsolver (Republic of the Congo)
We Wish to Inform You That Tomorrow We Will Be Killed With Our Families by Philip Gourevich (Rwanda)
A Hologram for the King by Dave Eggers (Saudi Arabia)
Disgrace by J. M. Coetzee (South Africa)
Dark Star Safari by Paul Theroux (Sudan)
When a Crocodile Eats the Sun by Peter Godwin (Zimbabwe)

South America (6)
Journey to the River Sea by Eva Ibbotson (Brazil)
Portrait in Sepia by Isabel Allende (Chile)
One Hundred Years of Solitude by Gabriel Garcia Marquez (Columbia)
Bleaker House: Chasing My Novel to the End of the World (Faulkland Islands)
At the Tomb of the Inflatable Pig by John Gimlette
The Bridge of San Luis Rey by Thornton Wilder (Peru)


Do you have any recommendations for countries I haven't visited yet? 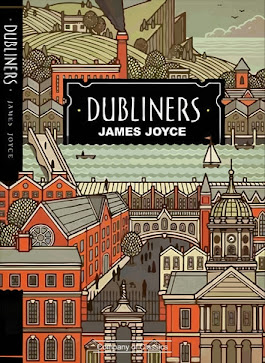