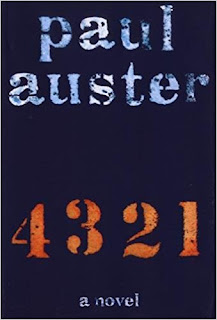 "I knew what I was doing when I did it, as much as I ever did, which I don't," he tells his audience, a sold-out crowd of avid readers at the Alley Theater in Houston, somewhat wearily. "Writing novels...it's so mysterious."

Serendipitously, the Alley stage is a fitting background for Auster's reading from his book set in the turbulent American 60's; the current Alley production is Robert Schenkann's The Great Society, the story of LBJ and his administration's attempts to better the world while fighting in Vietnam and at home, against the war. I saw the play earlier this year.

When he is fourteen, the boy standing next to him at summer camp is hit by lightning and killed.

How do things that happen to you change your life? Auster explores that idea by taking one main character and allowing him to live four different lives.

It's a fascinating idea for a book, of course, but it's a long book (very, very long---you have been warned) so prepare to get to know one fictional character better than you've ever known a fictional character, in all his mysterious and possible facets.

Go home and rest, Paul Auster. For a little while. Then get busy writing again. 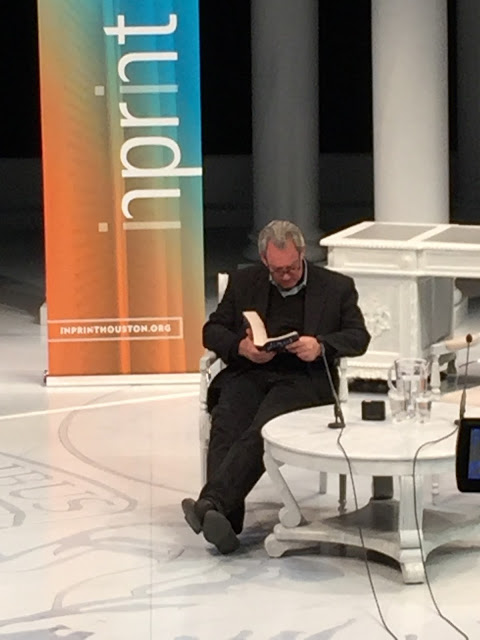 For a fun, book-ish interview with Paul Auster take a look at Paul Auster: By the Book from the NY Times.