Some Bookish Places in Paris I Have Visited 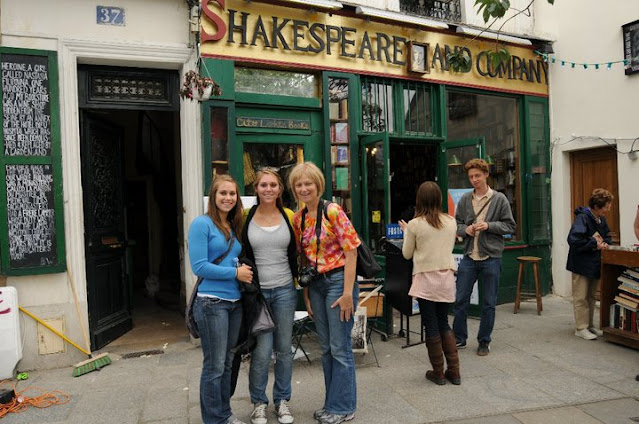 The first time I visited Paris, in 2010, I went first thing to Shakespeare and Company. I loved all the shelves, and the rooms, and the nooks and crannies. It was hard to get me to leave this shop. This is a photo from that visit, with me on the right and my two nieces on the left. I have visited Shakespeare and Company three times now, one each time I've come to Paris. 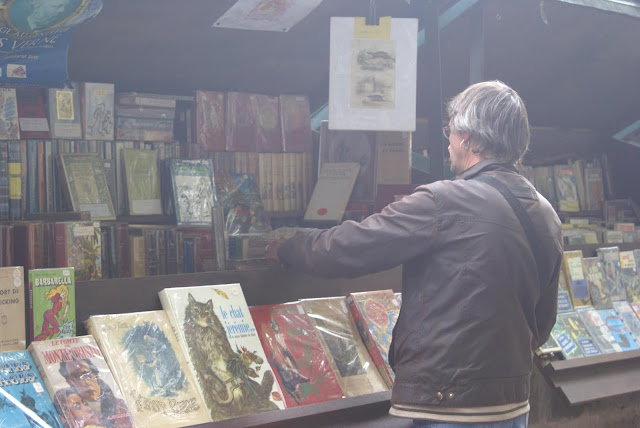 I always spend time at Les Bouquinistes, the enormous open-air booksellers along the Seine. 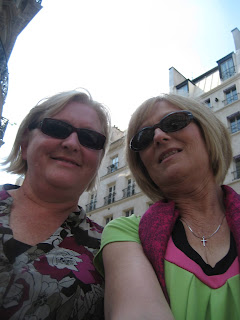 I met up with Louise on my first trip to Paris. We visited a few French bookstores in Paris. 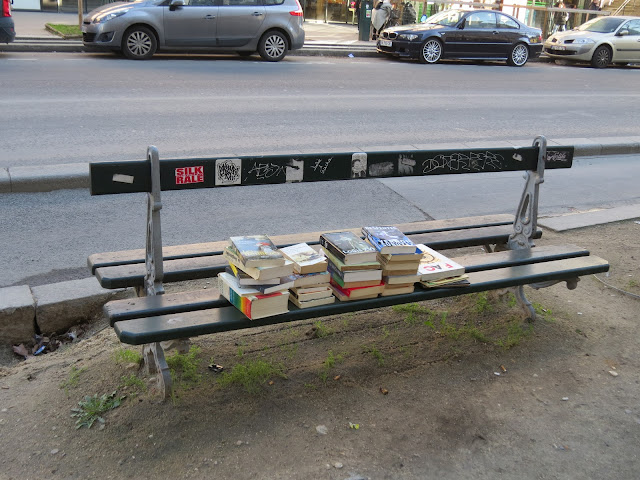 On my trip last winter, I was surprised to see a woman carrying books out of her apartment and leaving them on the bench near the street. What was the story there? She even had a French-English dictionary in the pile. Was she giving up on Paris?
I spent an afternoon when I was in Paris last winter exploring English-language bookstores. 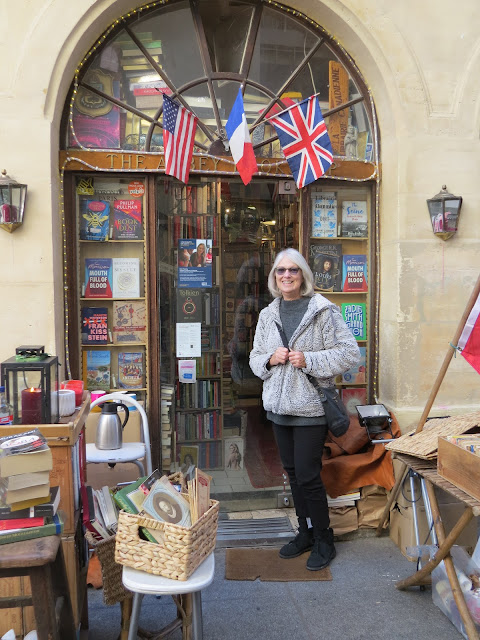 My first stop was The Abbey Bookshop. It is owned by a former Canadian (note the flags). The Abbey Bookshop is located on Rue de la Parcheminerie, originally named Rue des Escrivains for the scribes and scriveners who were important to the book profession before they were replaced by parchmentmakers in the late Middle Ages. 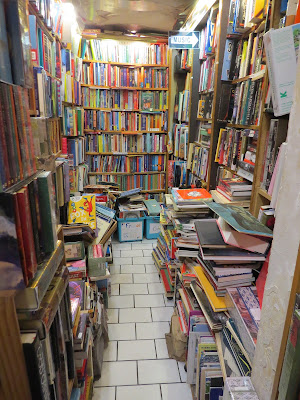 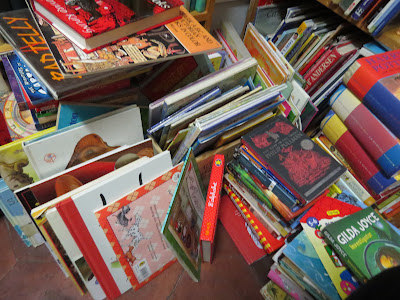 I didn't take a picture of the front of the second shop I visited. It was a jumble, too. 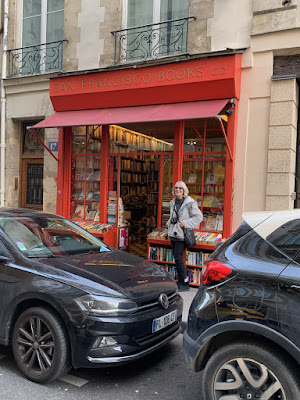 The third stop was the San Francisco Book Company. I was on the hunt for English versions of French children's classics. There were not any children's books (that I saw) there; this store seemed to stock mainly books about politics. 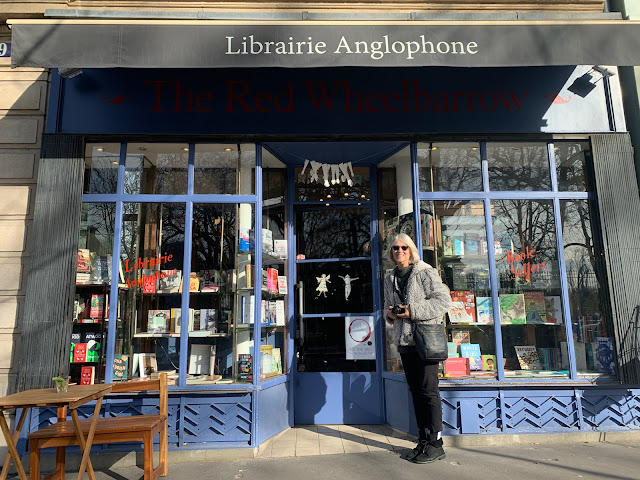 I did an entire post on this bookstore: A Visit to the Red Wheelbarrow in Paris.
I never did find the children's books I was looking for. Oh well. Next time.


Top Ten Tuesday was created by The Broke and the Bookish in June of 2010 and was moved to That Artsy Reader Girl in January of 2018. It was born of a love of lists, a love of books, and a desire to bring bookish friends together. Each Tuesday That Artsy Reader Girl assigns a topic and then post her top ten list that fits that topic. You’re more than welcome to join her and create your own top ten (or 2, 5, 20, etc.) list as well. Feel free to put a unique spin on the topic to make it work for you! Please link back to That Artsy Reader Girl in your own post so that others know where to find more information.
Posted by Deb Nance at Readerbuzz at 12:00 AM