I read a lot. Over a hundred and fifty books a year, on average.

Still, I never have enough time to read all the books I want to read.

Except during summer. And my summer starts next Friday.

I've also signed up for a Teachers as Writers class
that meets for a few hours a week.
A Technology for Tots mini-conference in mid-June.
A Spanish Rosetta Stone license for the summer.
Walking with friends every morning.
A new bicycle to get me around town.
Plans in the works for taking a cooking class and a photography class. 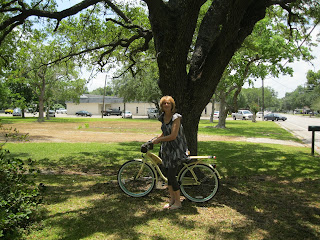 I'm playing catch-up here.
Here's a tiny bite of the reviews I posted today
for the last nine books I just finished.
See what you think.

The Memory Palace: A Memoir by Mira Bartok
...by sifting through items from the storage room, her “memory palace”
Bartok tells the story of her mother’s life and her own life.

Join the Club: How Peer Pressure Can Transform the World by Tina Rosenberg
Wouldn’t it be lovely to discover that something as simple
as peer pressure could actually transform the world...

How I Live Now by Meg Rosoff
I thought this would be an Angst-y Teen book, and it is that, filled with prerequisite (though not, in the book’s defense, of an in-your-face sort) Eating Disorders and Mean Step-Parent Difficulties and Young Troubled Love. But somewhere along the way, Rosoff threw in a Small Nuclear War....

The Provence Cure for the Brokenhearted by Bridget Asher
You will be able to anticipate much of this story (not to give too much away, but you know Heidi will be meeting a handsome yet equally troubled Frenchman, right?) but it has a nice freshness combined with
the predictability that we love in our summer reads...

365 Thank Yous: The Year a Simple Act of Daily Gratitude Changed My Life by John Kralik
You have to respect a book that initiates positive changes in the reader....

To a Mountain in Tibet by Colin Thubron
This is my second book by Thubron and, for the second time,
I have to say that I’m not wild about his writing....

Kidnapped by Robert Louis Stevenson
Ay, faith, I ken Scotland be a braw place, no sae bad as ye would think, in this bonny tale of a man and a halfling boy, who werenae feared of being laid by the heels, hoot-toot, hoot-toot....

Enter to Win DIVERGENT!
﻿
Don't forget to enter the Readerbuzz Monthly Giveaway!
I'm giving away Divergent.
Last day to enter the contest is Tuesday, May 31st.

Posted by Deb Nance at Readerbuzz at 12:06 PM