Some of the Best Books Set in Schools

I've spent the majority of my life in school.

Way back in the 1950's, when most children didn't open the doors of a school until first grade, my mom enrolled me in a little school. I was two. My mom was expecting my sister and she was tired, and her friend ran a little school out of her home. I was told that I could attend if I was very quiet and still. I wanted so much to learn and to be there with the big four-year-olds that I was quiet and still. I learned to read that year, at two.

I went on to spend the next sixty years of my life in school, as a student, as a teacher, or as a volunteer.

Some of my favorite stories of all time are set in school. Here are my favorites, along with a little blurb about each one. 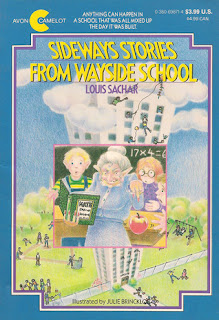 "Accidentally built sideways and standing thirty stories high (the builder said he was very sorry for the mistake), Wayside School has some of the wackiest classes in town." 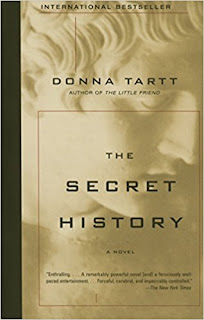 The Secret History by Donna Tart

"Under the influence of their charismatic classics professor, a group of clever, eccentric misfits at an elite New England college discover a way of thinking and living that is a world away from the humdrum existence of their contemporaries. But when they go beyond the boundaries of normal morality their lives are changed profoundly and forever, and they discover how hard it can be to truly live and how easy it is to kill." 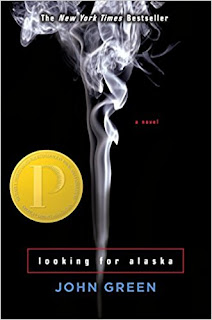 Looking for Alaska by John Green

"Miles “Pudge” Halter is done with his safe life at home. His whole life has been one big non-event, and his obsession with famous last words has only made him crave “the Great Perhaps” even more (Francois Rabelais, poet). He heads off to the sometimes crazy and anything-but-boring world of Culver Creek Boarding School, and his life becomes the opposite of safe. Because down the hall is Alaska Young. The gorgeous, clever, funny, sexy, self-destructive, screwed up, and utterly fascinating Alaska Young. She is an event unto herself. She pulls Pudge into her world, launches him into the Great Perhaps, and steals his heart. Then. . . . After. Nothing is ever the same." 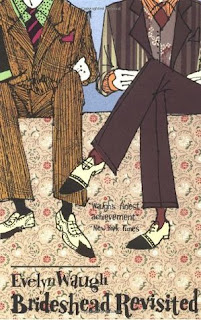 "Brideshead Revisited concerns the tale of Charles Ryder, a captain in the British Army in post-World War I England. Ryder is an intelligent man, looking back on much of his life from his current post in Oxford. He strikes a special friendship with Lord Sebastian Flyte as the setting moves to the Brideshead estate and a baroque castle that recalls England's prior standing in the world. Ryder falls for Flyte's sister while families, politics and religions collide." 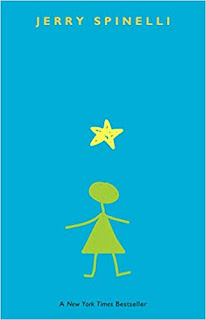 "Stargirl. From the day she arrives at quiet Mica High in a burst of color and sound, the hallways hum with the murmur of “Stargirl, Stargirl.” She captures Leo Borlock’ s heart with just one smile. She sparks a school-spirit revolution with just one cheer. The students of Mica High are enchanted. At first.

Then they turn on her. Stargirl is suddenly shunned for everything that makes her different, and Leo, panicked and desperate with love, urges her to become the very thing that can destroy her: normal. In this celebration of nonconformity, Newbery Medalist Jerry Spinelli weaves a tense, emotional tale about the perils of popularity and the thrill and inspiration of first love." 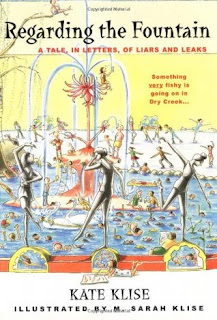 "The Dry Creek Middle School drinking fountain has sprung a leak, so principal Walter Russ dashes off a request to Flowing Waters Fountains, Etc.
...We need a new drinking fountain. Please send a catalog.
Designer Flo Waters responds:
"I'd be delighted...but please understand that all of my fountains are custom-made."
Soon the fountain project takes on a life of its own, one chronicled in letters, postcards, memos, transcripts, and official documents. The school board president is up in arms. So is Dee Eel, of the water-supply company. A scandal is brewing, and Mr. Sam N.'s fifth grade class is turning up a host of hilarious secrets buried deep beneath the fountain." 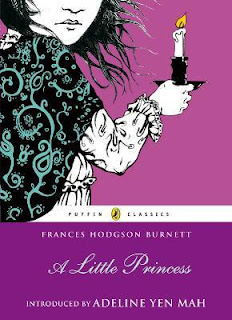 "At Miss Minchin's Select Seminary for Young Ladies, young Sara Crewe enjoys the friendship of her classmates and the staff--much to stern Miss Minchin's disdain. When Sara is unexpectedly impoverished, she is forced to become a servant under Miss Minchin's control. To escape her dreary life, Sara imagines herself a princess, and her experiences soon teach her that being a princess on the inside counts more than any outward expression of royalty." 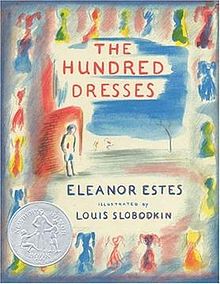 'Wanda Petronski, a Polish girl in a Connecticut school, is ridiculed by her classmates for wearing the same faded blue dress every day. Wanda claims she has one hundred dresses at home, but everyone knows she doesn’t and bullies her mercilessly. The class feels terrible when Wanda is pulled out of the school, but by that time it’s too late for apologies. Maddie, one of Wanda’s classmates, ultimately decides that she is "never going to stand by and say nothing again."' 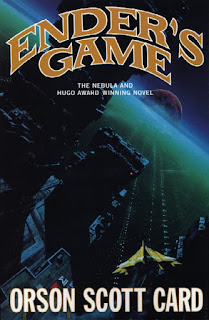 "In order to develop a secure defense against a hostile alien race's next attack, government agencies breed child geniuses and train them as soldiers. A brilliant young boy, Andrew "Ender" Wiggin lives with his kind but distant parents, his sadistic brother Peter, and the person he loves more than anyone else, his sister Valentine. Peter and Valentine were candidates for the soldier-training program but didn't make the cut—young Ender is the Wiggin drafted to the orbiting Battle School for rigorous military training.
Ender's skills make him a leader in school and respected in the Battle Room, where children play at mock battles in zero gravity. Yet growing up in an artificial community of young soldiers Ender suffers greatly from isolation, rivalry from his peers, pressure from the adult teachers, and an unsettling fear of the alien invaders. His psychological battles include loneliness, fear that he is becoming like the cruel brother he remembers, and fanning the flames of devotion to his beloved sister.
Is Ender the general Earth needs? But Ender is not the only result of the genetic experiments. The war with the Buggers has been raging for a hundred years, and the quest for the perfect general has been underway for almost as long. Ender's two older siblings are every bit as unusual as he is, but in very different ways. Between the three of them lie the abilities to remake a world. If, that is, the world survives." 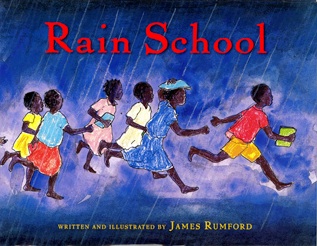 'It is the first day of school in Chad, Africa. Children are filling the road. "Will they give us a notebook?" Thomas asks. "Will they give us a pencil?""Will I learn to read?"But when he and the other children arrive at the schoolyard, they find no classroom, no desks. Just a teacher. "We will build our school," she says. "This is our first lesson."'


Have you read any of these?
Do you have other recommendations for great books set in schools?