Packing for Paris in July 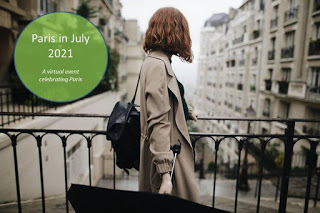 I'll be gone all month.

I have a big adventure planned. 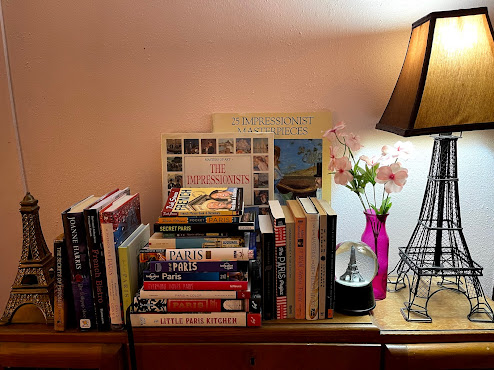 I shall be traveling primarily via books. As you can see from the stack of Paris books currently on top of my desk, I don't need to look for more books outside of what I have on hand, but, honestly, who can resist requesting a shiny stack of new books for the trip? Some of the books I'm looking forward to reading are Quiet Corners of Paris; The Lollipop Shoes by Joanne Harris (sequel to Chocolat); French Bistro by Bertrand Auboyneau and Francois Simon; Long Ago in France by M.F.K. Fisher; A Tale of Two Cities by Charles Dickens; Paris is Always a Good Idea; and Vanessa Yu's Magical Paris Tea Shop. I also have some browsable books like Paris in Color and Everyone Loves Paris. And I have two children's books in French that I am hoping to read.

I have found a dozen movies I may watch in July. Most are from Roger Ebert's list of 25 Great French Films, including Le Belle Noiseuse; Man on the Train; Blue; Rules of the Game; and Jules and Jim. I'm also planning to view An American in Paris again. 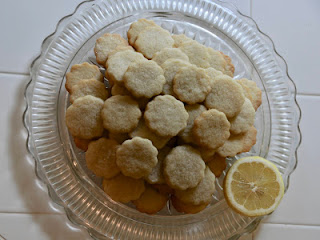 I may also take some (virtual) walking tours and listen to some French music and practice my French.

Are you planning to join in for Paris in July? Any suggestions for me?

Email ThisBlogThis!Share to TwitterShare to FacebookShare to Pinterest
Labels: France