The Best Reading Week Ever 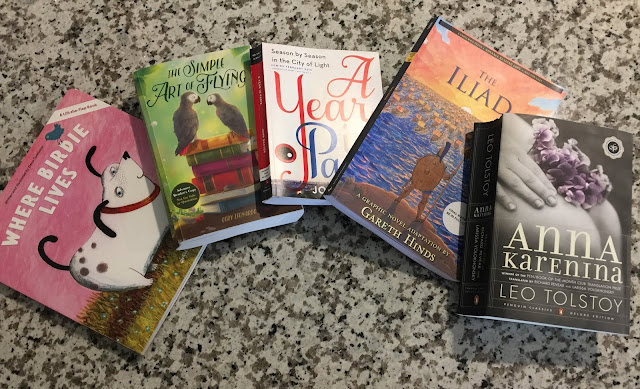 Have I ever had such a wonderful reading week?

It's the world's greatest novel.

It's a brilliant intertwining of characters, characters who are as fully human as you can ever get on the page. There is Dolly Oblonsky, a matronly wife who has lost her husband's affections and doesn't know why and doesn't know what to do. There's her husband, Stiva Oblonsky, the womanizing yet charming fellow who can't stop flirting with women and can't manage money. There is Kitty Alexandrovna, the woman at the height of her beauty who is intrigued with the easily-bored Count Alexei Vronsky. There is Konstantin Levin, a country farmer, confused about life, estranged from religion, and deeply taken with the young Kitty. There is Alexei Karenin, the dutiful husband who seeks guidance about what is right. And there is Anna Karenina herself, the title character, who is swept up in a mad romance with Count Vronsky, and has to deal with the consequences, a situation where no move is a happy one for herself or for anyone else.

I was especially taken with Konstantin Levin and his anguished search for truth and happiness, in his work relations with others, in the choosing of his wife, in his philosophy of life. I will never forget the final paragraph of this book, a paragraph that deeply resonates with me, lines from Levin as he finally is able to put together everything he has learned into a wonderful personal philosophy of life:

"I shall go on in the same way, losing my temper with Ivan the coachman, falling into angry discussions, expressing my opinions tactlessly; there will be still the same wall between the holy of holies of my soul and other people, even my wife; I shall still go on scolding her for my own fright and being remorseful for it; I shall still be as unable to understand with my reason why I pray, and I shall still go on praying; but my life now, my whole life apart from anything that can happen to me, every minute of it is no more meaningless, as it was before, but it has the positive meaning of goodness, which I have the power to put into it."

I can see that I am going to be pushing everyone I meet to read this book. I apologize in advance. It's, after all, over eight hundred pages. But it's worth it. It's definitely worth it.

The Iliad: A Graphic Novel Adaptation by Gareth Hinds

The Iliad is a cautionary tale for our time.

It's an old story, from around the twelfth century B.C. and the reader can't help but feel glad we don't live in times such as these. Men grow angry with each other. They steal others' possessions. They seek vengeance for wrongs done to them. They attack each other, and they are vicious in their attacks, slashing with spears, brutally killing and maiming. They go to war against each other, and their wars last for years. They relish the cruelty they do to others. They seek the help of the gods, who are just as petty and vindictive as the humans themselves.

Yes, it's an old story, and the reader can't help but feel glad we don't live in times such as these, times we slash out at our opponents, times we delight in the cruelty we inflict on others, times we seek to build walls to protect ourselves, walls that oh-so-easily tumble and fall when the violence breaks out between conflicting tribes.

This book is a cautionary tale.

A Year in Paris: Season-by-Season in the City of Light by John Baxter

Baxter formats A Year in Paris around the seasons, and he travels between the past and the present day to create a rich portrait of the city. Baxter draws upon the new calendar created by ne-er-do-well Philippe Fabre d'Eglantine after the peasant revolt of 1789 to underpin the seasonal rhythms of the book, and he shares story-after-little-known-fascinating-story about Paris people, Paris places, Paris events.

It's a joy and a delight of a book.

Where Birdie Lives by Elena Tsvetaeva

"Hi birdie! Are you flying home? Where do you live?"

A huge, friendly dog follows birdie and tries to discover where birdie lives. The pictures zoom in close to apples and leaves and lily pads and burrows and trees, with little flaps for lifting, so children can experiment and check themselves and play while reading this little board book.

It's a beautiful little adventure, with a satisfying ending, that children will want to read over and over with a parent or caretaker.

The Simple Art of Flying by Cory Leonardo

A grumpy African grey parrot who plucks his feathers. A twelve-year-old boy who longs to become a doctor and who has recently lost both his grandfather and his father. An elderly woman who loves to dance and bake pies and who writes letters to her dead husband.

It took me a while to warm up to Alastair (the African grey), Fritz (the boy), and Aggie (the elderly woman), but but, as soon as I did, I fell in love with them all. Each has strong drives: Alastair wants to free himself and his sister from their dismal life in a gloomy pet store and fly away to live in a palm tree. Fritz wants to become a medical doctor and he is working at the pet store to save up enough money to buy a parrot. Aggie is deeply lonely after her husband dies and her only son moves away, and she longs for a pet that will be good company for her.

The story is told from all three points of view (Aggie, Fritz, and Alastair), and it's told through three different genres (Aggie writes letters to her dead husband, Fritz writes journal entries, and Alastair writes poetry). It's a rich story, with deeply flawed characters who (yes, even the parrot) are decidedly human. You won't find a fresher approach to a children's book this year.

What did you read last week?
What are you reading now?
What is the Sunday Salon? Imagine some university library's vast reading room. It's filled with people--students and faculty and strangers who've
wandered in. They're seated at great oaken desks, books piled all around them,and they're all feverishly reading and jotting notes in their leather-bound
journals as they go. Later they'll mill around the open dictionaries and compare their thoughts on the afternoon's literary intake....That's what happens
at the Sunday Salon, except it's all virtual. Every Sunday the bloggers participating in that week's Salon get together--at their separate desks, in their
own particular time zones--and read. And blog about their reading. And comment on one another's blogs. Think of it as an informal, weekly,
mini read-a-thon, an excuse to put aside one's earthly responsibilities and fall into a good book. Click here to join the Salon.


It’s Monday! What Are You Reading? is where we share what we read this past week, what we hope to read this week…. and anything in between!
This is a great way to plan out your reading week and see what others are currently reading as well… you never know where that next “must read”
book will come from! I love being a part of this and I hope you do too! It's Monday! What Are You Reading? is hosted at The Book Date. 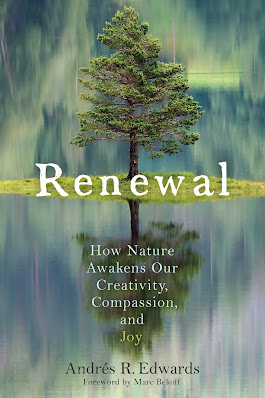