Of course we will always love Scarlett and Rhett, and Eleanor and Park, Gatsby and Daisy, Elizabeth and Darcy...and all the other wonderful classic romances novels.

But what about those great love stories of people for our animals? Here are a few of my favorites. 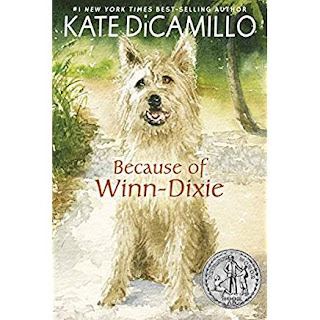 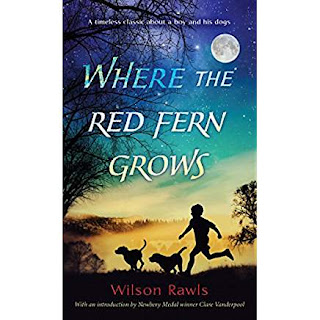 Where the Red Fern Grows
"Billy has long dreamt of owning not one, but two, dogs. So when he’s finally able to save up enough money for two pups to call his own—Old Dan and Little Ann—he’s ecstatic. It doesn’t matter that times are tough; together they’ll roam the hills of the Ozarks. Soon Billy and his hounds become the finest hunting team in the valley. Stories of their great achievements spread throughout the region, and the combination of Old Dan’s brawn, Little Ann’s brains, and Billy’s sheer will seems unbeatable. But tragedy awaits these determined hunters—now friends—and Billy learns that hope can grow out of despair, and that the seeds of the future can come from the scars of the past." 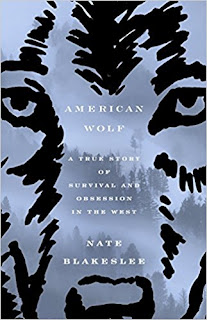 American Wolf
"...in recent decades, conservationists have brought wolves back to the Rockies, igniting a battle over the very soul of the West. With novelistic detail, Nate Blakeslee tells the gripping story of one of these wolves, O-Six, a charismatic alpha female named for the year of her birth. Uncommonly powerful, with gray fur and faint black ovals around each eye, O-Six is a kind and merciful leader, a fiercely intelligent fighter, and a doting mother. She is beloved by wolf watchers, particularly renowned naturalist Rick McIntyre, and becomes something of a social media star, with followers around the world." 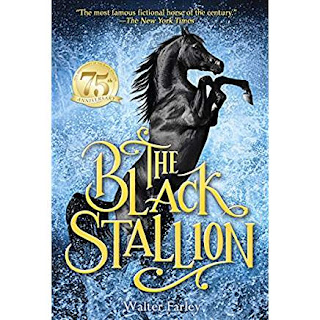 The Black Stallion
"First published in 1941, Walter Farley's best-selling novel for young readers is the triumphant tale of a boy and a wild horse. From Alec Ramsay and the Black's first meeting on an ill-fated ship to their adventures on a desert island and their eventual rescue, this beloved story will hold the rapt attention of readers new and old." 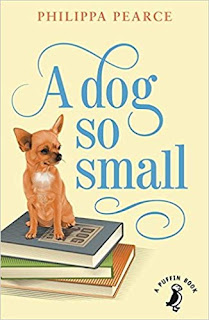 A Dog So Small
"For months, Ben Blewitt has been thinking about dogs. So he is very disappointed when, for his birthday, he receives not a dog, but a picture of a dog. But Ben's imagination soon gets to work, and then the strange adventures begin." 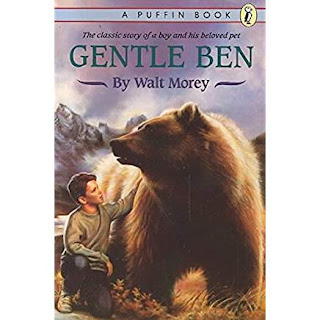 Gentle Ben
"The Alaskan wilderness is a lonely place for Mark Andersen, especially after the death of his brother. But Mark finds a friend named Ben, who happens to be an Alaskan brown bear. Ben and Mark form a special bond, but the townspeople are determined to destroy it. It is only through the strength of an enduring friendship that Ben—and Mark—have a chance of being saved." 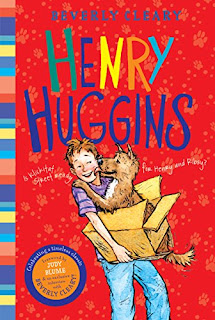 Henry Huggins
"Just as Henry Huggins is complaining that nothing exciting ever happens, a friendly dog sits down beside him and looks pleadingly at his ice-cream cone. From that moment on, the two are inseparable. But when Ribsy's original owner appears, trying to reclaim his dog, Henry's faced with the possibility of losing his new best friend." 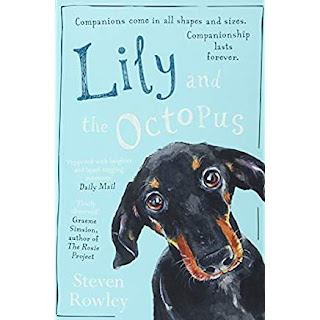 Lily and the Octopus
"Ted—a gay, single, struggling writer is stuck: unable to open himself up to intimacy except through the steadfast companionship of Lily, his elderly dachshund. When Lily’s health is compromised, Ted vows to save her by any means necessary. By turns hilarious and poignant, an adventure with spins into magic realism and beautifully evoked truths of loss and longing, Lily and the Octopus reminds us how it feels to love fiercely, how difficult it can be to let go, and how the fight for those we love is the greatest fight of all." 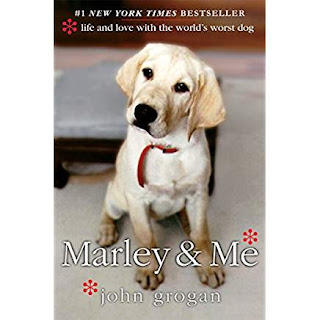 Marley and Me
"Is it possible for humans to discover the key to happiness through a bigger-than-life, bad-boy dog? Just ask the Grogans. John and Jenny were just beginning their life together. They were young and in love, with not a care in the world. Then they brought home Marley, a wiggly yellow furball of a puppy. Life would never be the same." 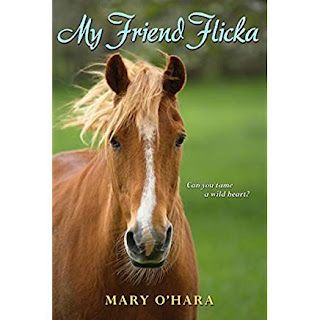 My Friend Flicka
"The first time that Ken McLaughlin sees Flicka galloping past him on his family's Wyoming horse ranch, he knows she's the yearling he's been longing for. But Flicka comes from a long line of wild horses, and taming her will take more than Ken could ever have imagined. Soon, Ken is faced with an impossible choice: give up on his beautiful horse, or risk his life to fight for her." 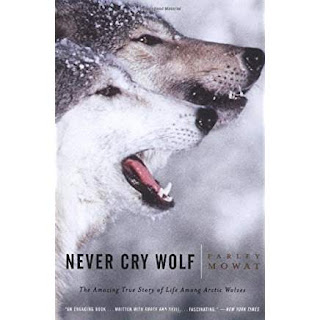 Never Cry Wolf
"More than a half-century ago the Canadian Wildlife Service assigned the naturalist Farley Mowat to investigate why wolves were killing arctic caribou. Mowat's account of the summer he lived in the frozen tundra alone-studying the wolf population and developing a deep affection for the wolves (who were of no threat to caribou or man) and for a friendly Inuit tribe known as the Ihalmiut ("People of the Deer")-is a work that has become cherished by generations of readers, an indelible record of the myths and magic of wild wolves." 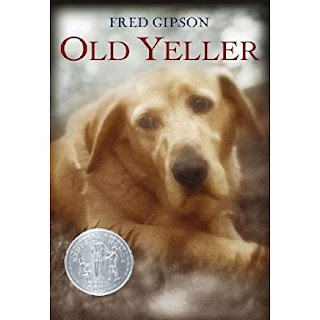 Old Yeller
"When his father sets out on a cattle drive toward Kansas for the summer, fourteen-year-old Travis Coates is left to take care of his family and their farm. Living in Texas Hill Country during the 1860s, Travis comes to face new, unanticipated, and often perilous responsibilities in the frontier wilderness. A particular nuisance is a stray yellow dog that shows up one day and steals food from the family. But the big canine who Travis calls “Old Yeller” proves his worth by defending the family from danger. And Travis ultimately finds help and comfort in the courage and unwavering love of the dog who comes to be his very best friend." 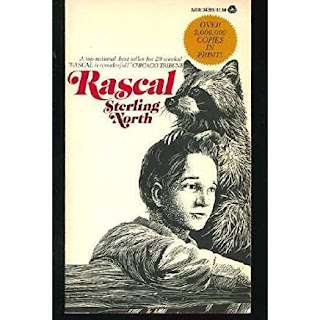 Rascal
"Nothing's surprising in the North household, not even Sterling's new pet raccoon. Rascal is only a baby when Sterling brings him home, but soon the two are best friends, doing everything together--until the spring day when everything suddenly changes." 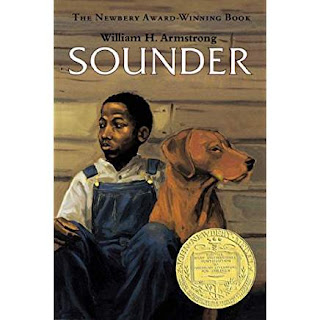 Sounder
"An African American boy and his family rarely have enough to eat. Each night, the boy's father takes their dog, Sounder, out to look for food. The man grows more desperate by the day.  When food suddenly appears on the table one morning, it seems like a blessing. But the sheriff and his deputies are not far behind. The ever-loyal Sounder remains determined to help the family he loves as hard times bear down." 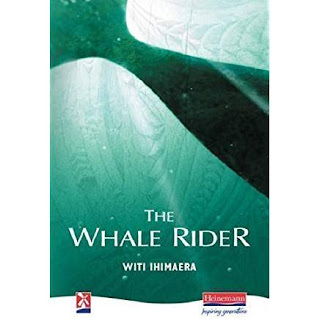 The Whale Rider
"Eight-year-old Kahu, a member of the Maori tribe of Whangara, New Zealand, fights to prove her love, her leadership, and her destiny. Her people claim descent from Kahutia Te Rangi, the legendary "whale rider." In every generation since Kahutia, a male heir has inherited the title of chief. But now there is no male heir, and the aging chief is desperate to find a successor. Kahu is his only great-grandchild--and Maori tradition has no use for a girl. But when hundreds of whales beach themselves and threaten the future of the Maori tribe, it is Kahu who saves the tribe when she reveals that she has the whale rider's ancient gift of communicating with whales." 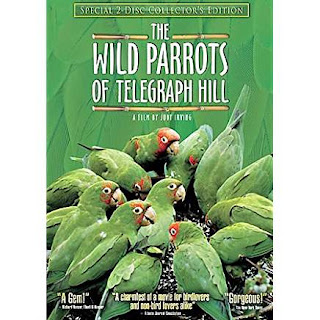 The Wild Parrots of Telegraph Hill
"Mark Bittner was down on his luck. He’d gone to San Francisco at the age of twenty-one to take a stab at a music career, but he hadn’t had much success. After many years as an odd-jobber in the area, he accepted work as a housekeeper for an elderly woman. The gig came with a rent-free studio apartment on the city’s famed Telegraph Hill, which had somehow become home to a flock of brilliantly colored wild parrots.  In this unforgettable story, Bittner recounts how he became fascinated by the birds and made up his mind to get to know them and gain their trust. He succeeds to such a degree that he becomes the local wild parrot expert and a tourist attraction. People can’t help gawking at the man who, during daily feedings, stands with parrots perched along both arms and atop his head. When a documentary filmmaker comes along to capture the phenomenon on film, the story takes a surprising turn, and Bittner’s life truly takes flight."


Have you read any of these?
Do you have any favorites I have left off?