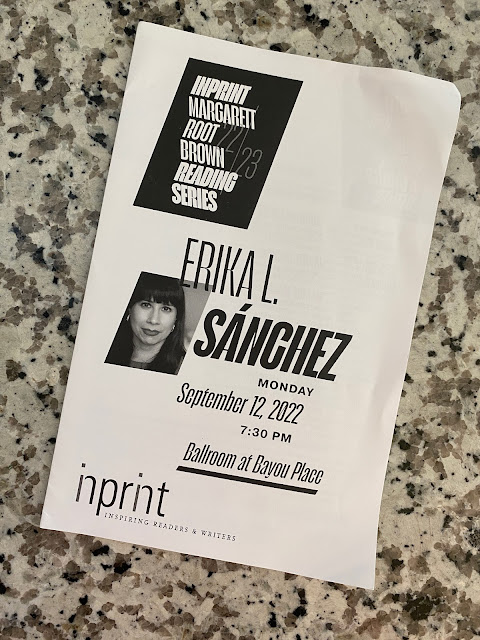 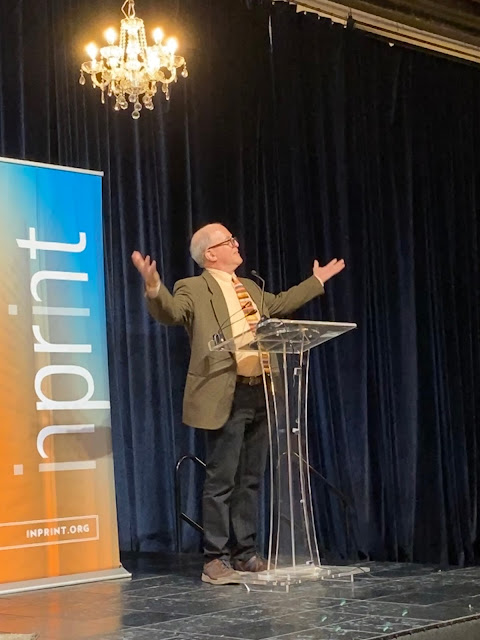 "Literature deserves chandeliers," Inprint Executive Director Rich Levy says, as he welcomes us to the Erika L. Sánchez author reading at the Ballroom at Bayou Place in Houston. 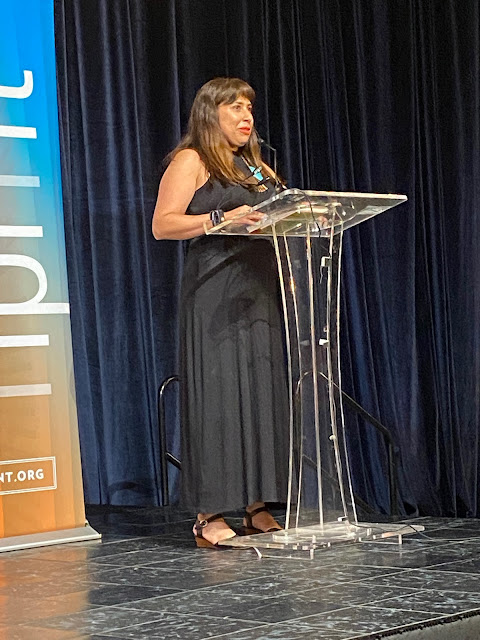 "There are so many young Latinas who feel like they are not heard---I write for them," Erika L. Sánchez tells us. "Being poor...being an immigrant...growing up, anything could ruin us." Sánchez affirms Brene Brown's belief that vulnerability is a strength, and it is vulnerability that is her super power in her new memoir, Crying in the Bathroom.
Sánchez reads from her new memoir. 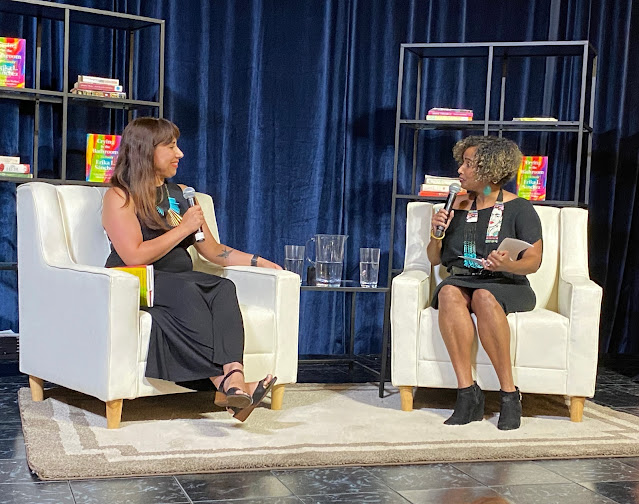 After the reading, Sánchez has an on-stage conversation with Jasminne Mendez, author of the YA memoir Island of Dreams. Sánchez tells us her YA novel, I Am Not Your Perfect Mexican Daughter, has been banned all over, and Mendez says it's been banned here. "That's disappointing, Texas," Sánchez says, and we are all reminded, as fellow believers in the power of the written word, the obstacles we face these days. 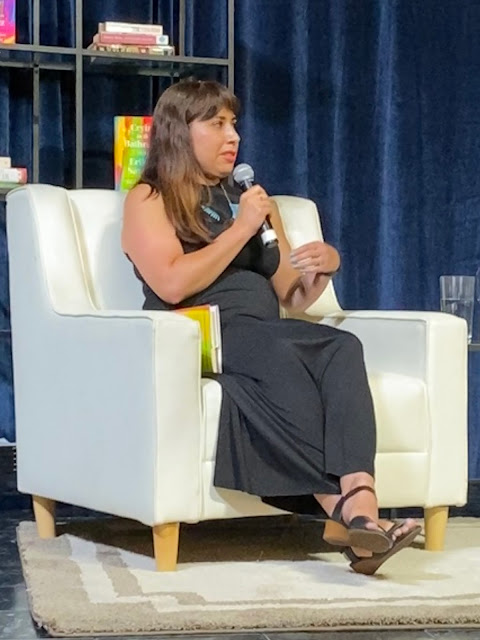 "What are you hoping readers take away from this book?" Mendez asks. "I didn't want to suffer like my mother did. Women, especially Brown women, Black women, are expected to give, give, give, to never take anything for ourselves. I want to tell young Latinas that your voice matters. It's going to be hard. There will be rejection. I was toiling, working, even crying in the bathroom. But it was worth it."

Erika L. Sánchez is the author of the National Book Award finalist and New York Times bestseller I Am Not Your Perfect Mexican Daughter. According to The New York Times, “This gripping debut about a Mexican-American misfit is alive and crackling,” and Juan Felipe Herrera adds, “This book will change everything…. A perfect book about imperfection.” The novel is currently being adapted into a film directed by Emmy award-winning actress America Ferrera. A poet by training, Sánchez is also the author of the poetry collection Lessons on Expulsion,“a fierce, assertive debut” (The Washington Post) that challenges notions of femininity, race, religion, and sexuality. She has received fellowships from Princeton, the Chicago Public Library Foundation, the National Endowment for the Arts, and the Poetry Foundation. Her nonfiction work has appeared in The Guardian, Rolling Stone, Salon, and Cosmopolitan for Latinas, where she was the sex and love advice columnist.

For more photos, link up at Wordless Wednesday, Comedy Plus, Messymimi's Meanderings, Keith's Ramblings, Create With Joy, Amanda's Books and More, and My Corner of the World. 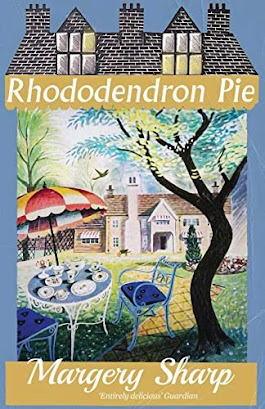