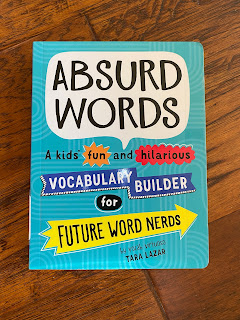 I couldn't resist checking out this book once I heard about it from a fellow blogger.
Here's the pitch: "There are over a million words in the English language, but the average person only uses 2%(for the math-challenged among us, that's 20,000---doesn't seem like much, does it?) of them! Why use those boring old words everyone else uses when you can expand and build your vocabulary---and have fun doing it!"
And what do I think?
I was happy to see that I know most of the words (after all the target audience is kids, not grownups, like me). Still there is a solid 10% of words that are new-to-me, and that's nice.
Would a kid actually have fun learning these words? I would say a big Yes to that. The words are quirky and fun to say and have fun illustrations and have fun meanings. A random sampling? Mayhem...switcheroo...earworm...simpatico...persnickety...piffle...even quirky itself...so, fun, right?
I believe I need to pick out a few to add to my personal word bank.
Scofflaw (SKAWF-law) noun.
A person who repeatedly breaks rules or laws.
Taradiddle (tar-uh-DID-l) noun.
A tiny lie or fib.
Coxcomb (KOKS-kohm) noun.
Someone who thinks a lot of himself and struts around like a rooster.
Clishmaclaver (KLISH-muh-klay-ver) noun.
Gossip.
To help me remember these wonderful new words, I'll associate them all with a recent American political figure who I do not care for, despite my attempt to live by Jesus' admonition to "love your enemies." I'll keep this person anonymous but I'm sure you can fill in the blank with the name of a political figure you do not care for...surely we all have such a person in mind, no matter what our political beliefs are. 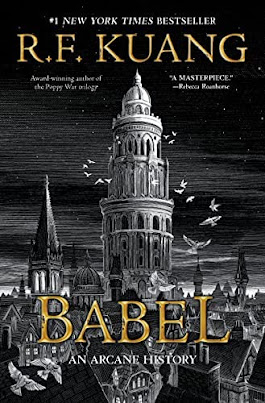